Dive into the world of Arkheim, the new strategy heavyweight from the makers of the global online classic Travian: Legends. Manage troops and resources from behind the safety of your city walls as you and your allies seek to win the fierce battle for mysterious treasures, lands, and unprecedented power – and all this across different platforms at the same time. Arkheim – Realms at War combines the strategic depth of a PC strategy game with the accessibility of an app.

Arkheim is all that remains of an ancient, legendary continent that was almost completely destroyed in a cataclysmic event. Since then, a number of islands have formed from magic, floating remnants, where old relics and promises of power now draw in new explorers. Driven by a prophecy foretelling the ascendance of the chosen ones into Eternal Light, the broken continent is being settled again – by the players.

They join forces in powerful realms in their quest for arcane orbs. After all, only with the power of these orbs can they eventually ascend to higher and more impressive islands. Decide the fate of your realm as part of a sworn alliance: Where should you expand your control, which enemies should you attack and which attacks will you fend off? This is a constant balancing act; in Arkheim, realms continuously compete against each other to grow their territory and conquer orbs from others.

An ancient, powerful artifact – called an Ark – represents the center of power and the heart of each realm. Orbs pool the energy of Akheim's moons and relay it to the Ark. This in turn strengthens resource production and troop training throughout the entire realm.

Players can play as elves or dwarves and develop their fantastically depicted city as they wish. Players can also demonstrate their prowess in battle. Here, an army isn't simply composed from a range of troops, players can also choose between different warlords to lead their armies with their unique personalities and skills. What's more, the player's own city can never be destroyed, meaning they never lose everything entirely.

That's in contrast to the islands, where the realms clash in epic battles. Besides strategically placed towers for expanding the realm, tacticians will also seek to capture valuable supplies and conquer rare portals. At later moon phases, realms can use these portals to ascend to higher islands. There they will find more abundant resources and new strategic elements that will further escalate warfare among the realms and keep challenging players.

This results in a kind of league system, where players with similar abilities face off against each other. To promote exciting battles further still, even the total loss of your army will not mean an end to the fighting. Troops fallen in battle can quickly be summoned in the city. These fallen units accompany players into the dungeon beneath the city to explore Arkheim's past. In this underworld, players will find magical equipment as well as terrifying demons that can only be defeated by the fearless "Fallen".

A game round lasts around ten weeks. Several moon phases take place during this time, culminating in the Full Moon Trinity. Realms then race against each other during this exciting final phase. What counts here is who defeats the demons the fastest and most effectively that try to take back Arkheim. The victors emerge as the chosen ones who may ascend into Eternal Light as well as onto the list of winners of Arkheim – Realms at War. 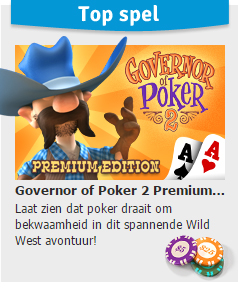